The case of the slaves freed from the Moscow "Producty" ("Food") supermarket is getting short shrift from the police as attempts are being made to deport the freed women back to Uzbekistan.

Today, I called the Civic Assistance Committee in order to offer them my services as a court artist for the proceedings surrounding these slaves. I found out that the victims were just about to have a confrontation with their captors at the investigation department of the Preobrazhensky district, when the victims were instead accused of residing illegally on Russian soil: the women didn't have proper documents, since their captors had seized them earlier, so the police tried to deport them to Uzbekistan. One of the women, who was five months into her pregnancy, nearly miscarried. Thanks to the actions of lawyers and activists, the victims were withdrawn from the investigation department and taken to the hospital. Having heard this story, I also left for the hospital, where I became acquainted with Leila and Mutabar. They are really nice girls, and they are in dire need of shoes, clothing, money, psychological help, and press attention. Tomorrow, I'll try to find a way to donate clothes.

Dear journalists, please join in! Otherwise the police will surely drop the case. 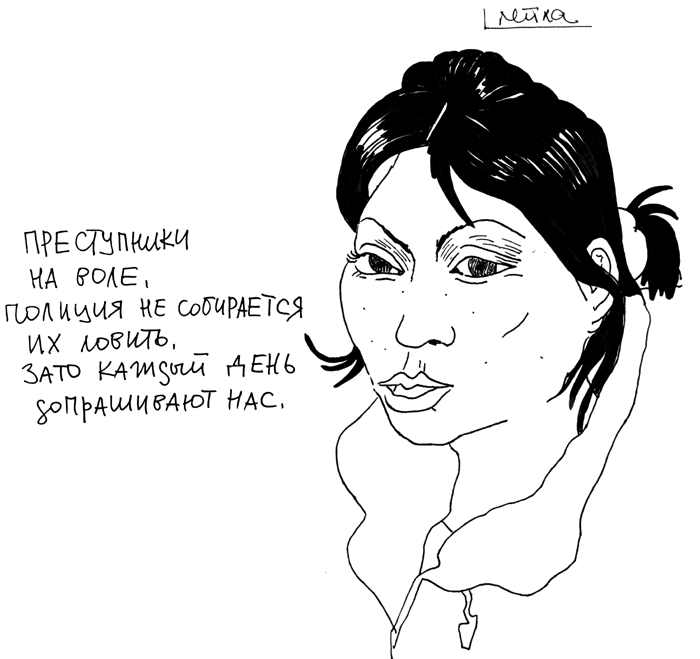 "The criminals are on the loose, and the police are letting them slip through the cracks—they are constantly questioning us instead of going after them."
Leila is 26 years old. She has spent ten years of her life as a slave. In 2006, while still in captivity, she gave birth to a baby boy named Bahyt (the name means "happiness"), who was beaten multiple times by their captors, and has scars. During the release of the slaves, captor Zhansulu Istambekova run off with the boy, but got scared of the press and left the child at a train station. Leila is now five months into her pregnancy. 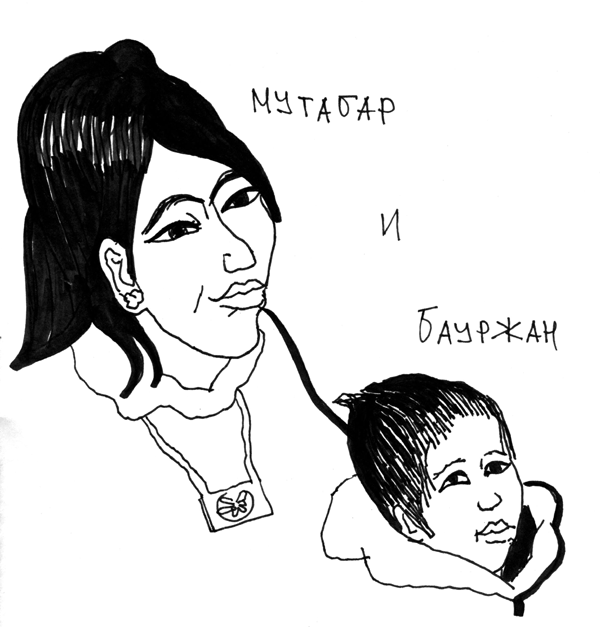 Mutabar is 21 years old. She doesn't speak fluent Russian. The captors broke one of her ribs while she was in slavery. She fears that the police might give her away to the captors as the police have already attempted to do that. 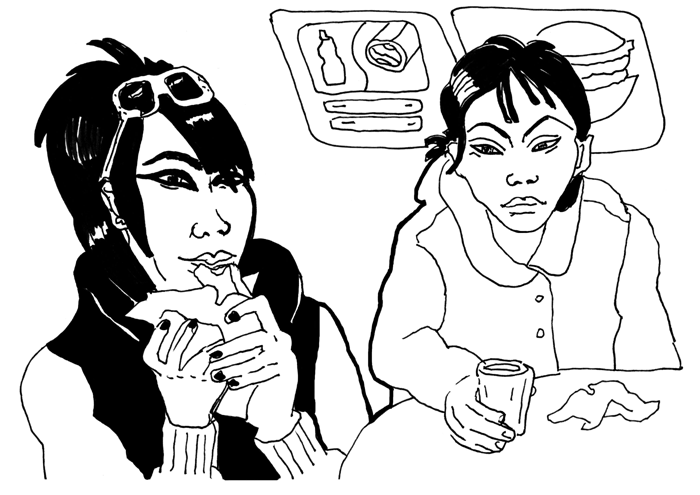 We had a quick meal at Metro, the fast-food network that has taken over Moscow's subway passageways. 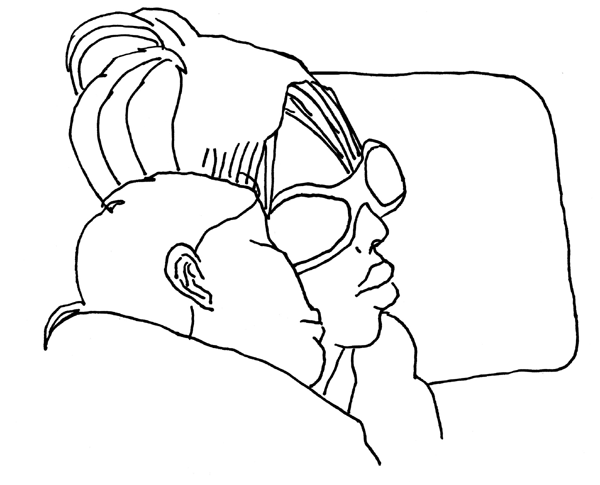 Exhausted, the women huddled together for a brief sleep.

All seven reports in Russian