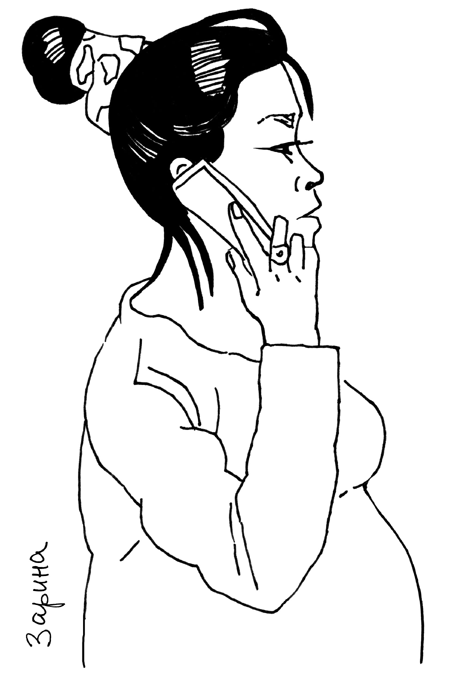 Zarina, one of the slaves freed from the “Produkty” grocery store, just got a phone call from Zhansulu Istambekova’s own blood sister, no less. Sputtering threats, she demanded that Zarina immediately recant her testimony against Zhansulu and resume work at the slavery den, which she referred to as simply “the store.”

Meanwhile, in the Kazakh city of Shymkent, Zhansulu has been hard at work trying to intimidate her ex-slaves by threatening to launch a series of TV programs on KTK, a nationwide commercial TV channel sponsored by Zhansulu herself. The series would center on Zhansulu’s “ungrateful employees” fleeing from her and her “wonderful store,” all while making slanderous statements against their “good employer.”

Saltanat, a woman who had spent more than 17 years working for Zhansulu and knew a great deal about the slaver's criminal past, has gone missing. Saltanat’s children, little Amir and 14-year-old Asel, are also missing. The ex-slaves fear Saltanat and her children have been silenced forever.

If left at large, the Istambekovs will continue to pose a mortal danger to their former slaves. Only growing pressure from the media can persuade the government to intervene. We urge everyone to spread this report, together with our other reports, to bring public attention to the Istambekovs’ heinous crimes. 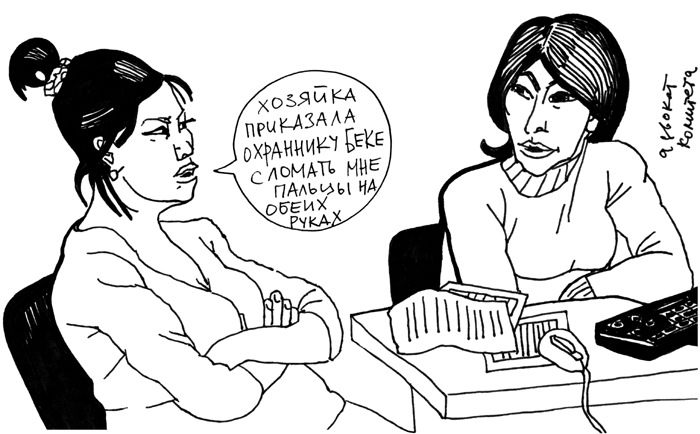 "My mistress ordered her guard Beka to break my fingers on both hands."


Although the women, including Zarina, declined to openly discuss the brutal violence they had endured, they still agreed to share the most graphic memories with their lawyer. 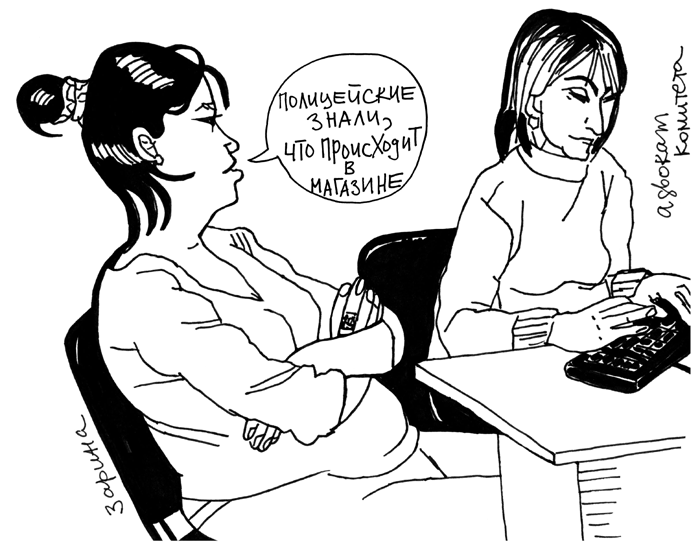 "The police knew everything—they knew what was going on at the store."

The ex-slaves also confirmed that the grocery store had been frequently visited by police officers when off duty. They would come to pick up bribes paid on Zhansulu Istambekova’s orders. Officer Nassif would be paid 10,000 rubles and his partner, Officer Dmitry, 15,000 rubles. For every child born to the slaves, the police were entitled to an extra 1000 rubles.