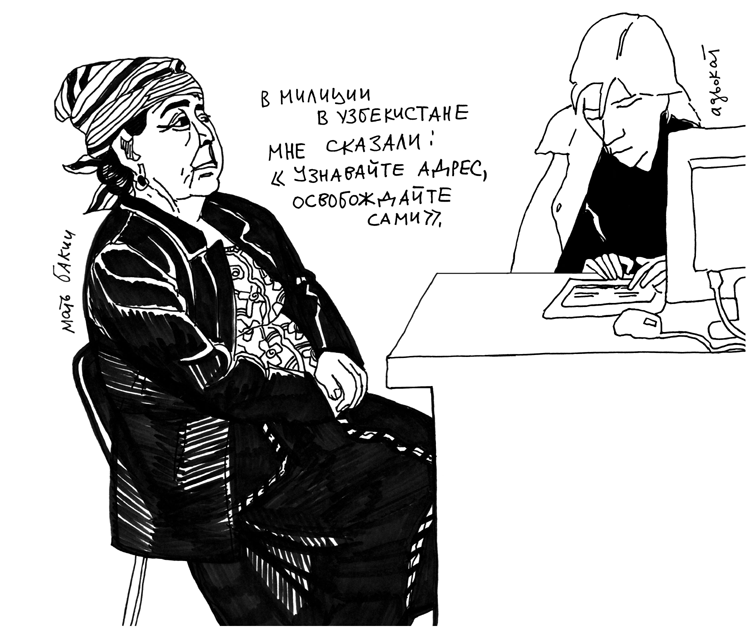 "The police in Uzbekistan said, 'Why don't you go to that address and free them yourself?'"

Lawyers have begun questioning the ex-slaves and searching for possible witnesses.

Bakiya’s mother has received some good news, the first in a very long time. She found it comforting to know that Zhansulu’s sister, Sholpan Istambekova, was imprisoned on charges of human trafficking back in 2002. The not-so-good news was that one year later, in 2003, Sholpan was granted pardon by President Vladimir Putin.

There is now growing evidence of slave labor being used in Sholpan’s stores, where REN TV reporters were physically assaulted by store workers while trying to investigate.

Today, I had a conversation with Mutabar, 20. I asked her how she ended up as a slave, and it turns out that her story is unlike those of the other women. Mutabar is an aspiring pop singer from Uzbekistan. Through her connections, Zhansulu Istambekova lured Mutabar to Moscow, ostensibly to assist the singer in shooting her own music video. Even though Mutabar had never traveled to Moscow before and had almost zero knowledge of Russian, she still accepted. When she became a slave, nobody was trying to hurt her, force her to work, or starve her to death; on the contrary, Mutabar was allowed to eat, sleep, and even occasionally treat herself to a manicure and pedicure. Naturally, the less privileged slaves got a little puzzled by this. To clear things up, Zhansulu said that Mutabar was going to be sold to Arabs as a human sex toy. And then activists came along just in time to rescue the slaves from their captors. 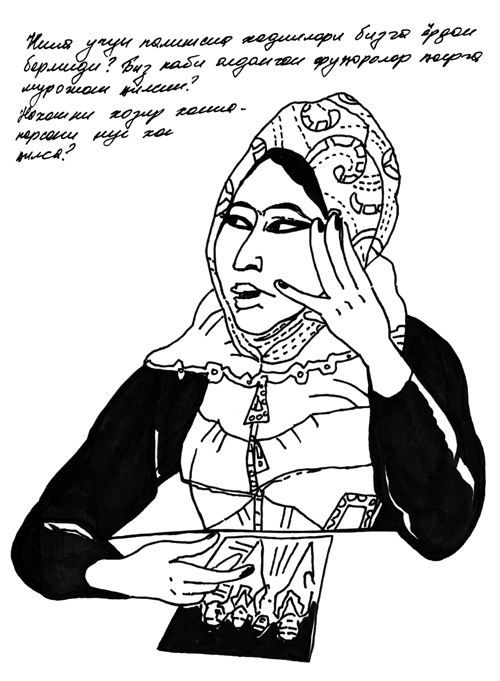 "Why are the police not helping, and what can folks like us do when the police decide to turn a blind eye and a deaf ear to everything? Is money really that important these days?"

An ex-slave looking at a family photo of the Istambekovs, trying to identify criminals.

The ex-slaves hope that Zhansulu's return path to Kazakhstan may be finally cut off, as Kairat Balabiev, Zhansulu’s wealthy and influential lover, is now reportedly being tracked by the police. This could seriously hurt Zhansulu's chances.